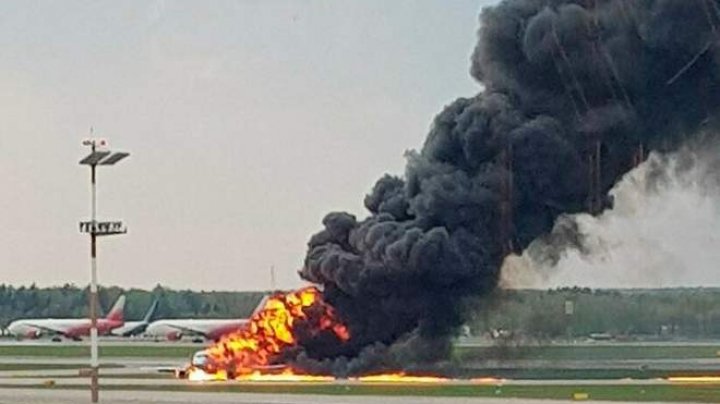 foto: Video posted on social media showed much of the plane's rear engulfed by flame as it sped down the runway (AP)
AFLĂ imediat Știrile Publika.MD. Intră pe Telegram

At least 13 people have died in the plane fire at Moscow’s Sheremetyevo airport, six more were hurt, a source in Moscow’s medical services told TASS on Sunday.

"According to the latest reports, 13 people have died, six were hurt. A number of passengers are missing," the source said.

One witness though said it was a "miracle" anyone escaped the jet, which was reportedly carrying 78 passengers, reported BBC.

The Sukhoi Superjet 100 passenger plane with 73 passengers and five crew members was bound from Sheremetyevo for Russia’s northwestern city of Murmansk when it requested emergency landing. It caught fire while landing.

A criminal case was opened after the incident on charges of violation of safety rules entailing the death of two or more people.