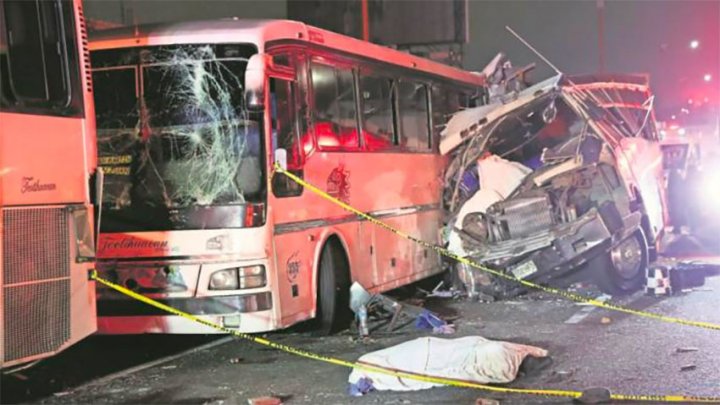 The accident occurred when the driver of a bus traveling north attempted to pass by driving on the shoulder. The vehicle slammed into the back of another bus that had stopped for passengers. The second bus then crashed into another that was stationary in front of it, writes Mexico News Daily.

Initial reports counted nine dead, among them a three-year-old child. However, Civil Protection officials raised the count to 11 when rescue workers found two more bodies inside the wreckage.

The México state attorney general reported on Tuesday that two of the victims among the injured had died in hospital, bringing the total count to 13 dead. Only seven of the 13 had been identified as of Tuesday morning.

Ecatepec firefighters and Civil Protection officials arrived on the scene along with five paramedics units to tend to the injured and remove the dead from the wreckage.

The crash closed the Mexico-Pachuca highway into the early morning hours, and traffic was diverted onto an adjacent highway.