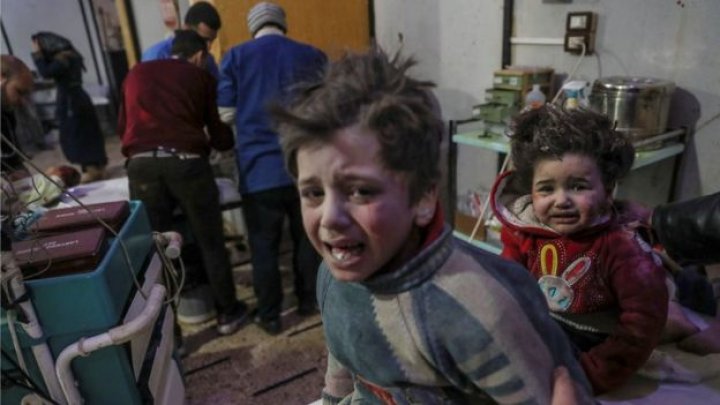 Bombardments by Syrian government forces have killed scores of civilians in the rebel-held Eastern Ghouta area outside Damascus, monitors say.

If confirmed, it would make Monday one of the deadliest days for the district since it came under siege in 2013.

The UK-based Syrian Observatory for Human Rights (SOHR) said at least 100 civilians, including 20 children, were killed by rockets and air strikes.

Syrian forces stepped up an offensive to retake the area earlier this month.

The SOHR said 470 people had been injured, some critically.

Urging a halt to the bombardment, a UN official said the situation was spiraling out of control.

The Eastern Ghouta is the last remaining opposition-held enclave near the capital and is completely surrounded by areas under government control.