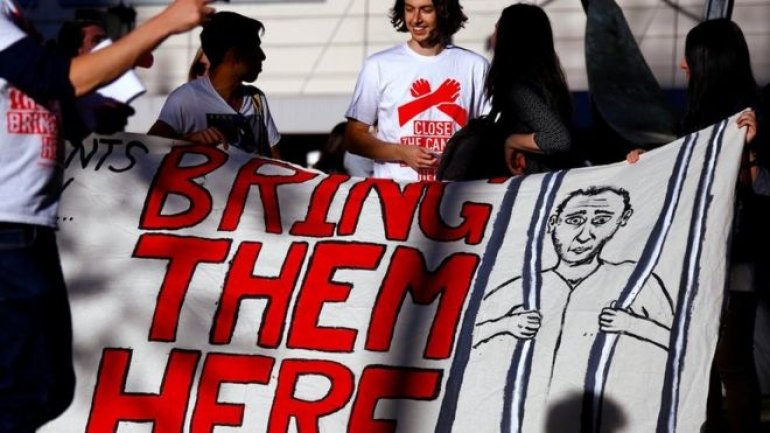 The Turnbull government plans to introduce legislation to ban asylum seekers who arrive by boat from ever being allowed into Australia, reports The Guardian.

The ban will apply to any adult who has been sent to detention centres on Nauru or Manus Island since 19 July 2013.

It means adults who have previously tried to enter Australia by boat since July 2013, but who have chosen to return home, will never be allowed to get a visa to Australia – even as a tourist, or a spouse.

The government plans to backdate its ban to 19 July 2013, because that is when the former prime minister Kevin Rudd said: “As of today, asylum seekers who come here by boat without a visa will never be settled in Australia.”

The ban will not apply to children.

Malcolm Turnbull announced the plan on Sunday during a joint press conference with the immigration minister, Peter Dutton.

He said it would send the “strongest possible signal” to those who are trying to persuade asylum seekers currently on Nauru and Manus Island that Australia’s government would eventually change its policy and allow them to settle in Australia.

He said this was a “battle of will” against criminal people smugglers and Australians “should not underestimate the scale of the threat”.

The government plans to amend the 1958 Migration Act to achieve its goal when parliament sits next week.

Turnbull said he expected Labor’s support for the legislation, given it was “entirely consistent with the party’s stated public position” from 19 July 2013.

Dutton said some asylum seeker advocates were still telling people on Nauru and Manus Island that they would be coming to Australia at some stage.

He said the measure would also prevent refugees from Manus Island and Nauru from marrying Australians in a bid to come to Australia on a spouse visa.

The deputy opposition leader, Tanya Plibersek, said it was too early to say if Labor would support the bill.

Turnbull dismissed the suggestion that the measure would be unfair to those deemed to be refugees who had tried to get to Australia by boat, given it would prevent them from getting any type of visa in the future.

David Manne, from the Refugee and Immigration Legal Centre, said the government’s proposed ban appeared to be “completely unnecessary”.

Manne questioned whether the flexibility the government has to exercise humanitarian discretion would be lost in this change.

The Greens criticized the announcement, saying the Turnbull government had “sunk to a new low” in its “latest attempt to punish innocent people seeking asylum”.

The One Nation leader, Pauline Hanson, welcomed the government’s proposal, tweeting: “Good to see that it looks like the government is now taking its cues from One Nation. Just like last time.”

Dutton said under the government’s proposal, if someone was under 18 years of age when they were transferred to a regional processing country they would be exempt from the legislation.