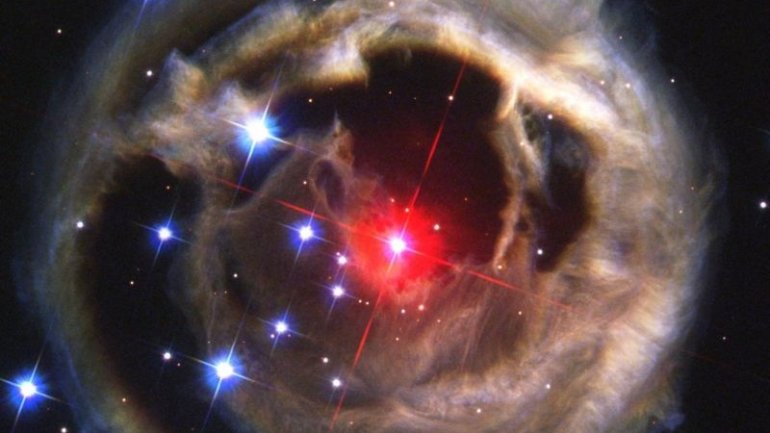 Astronomers studying a binary star system about 1,800 light years from the Sun say they are increasingly confident that the two stars will merge into a luminous red nova in about five years, informs Ars Technica. At its brightest, the spectacular explosion produced by this nova could reach an apparent magnitude of about 2.0, akin to a bright star in the night sky, making it visible even from most urban areas.

The team of astronomers, led by Calvin College's Lawrence Molnar, presented their findings late last week at the American Astronomical Society’s annual meeting in Grapevine, Texas. The researchers have been studying the binary star system, KIC 9832227, since the year 2013, after they noticed the stars getting closer and closer together.

Based upon earlier observations of another binary star system that merged, V1309 Scorpii, the astronomers made predictions about the timing and distance between the two stars in the KIC 9832227 system as they spiraled in toward one another. Then, in 2015, the astronomers made observations that matched their exponential plot of light curves and orbital velocities. "The merger hypothesis has had predictive power and we currently have no alternative explanation for its timing behavior," the authors state.

Already, the stars of KIC 9832227 share an atmosphere. Based upon their existing data and projections for a further collapse of the system, the astronomers now predict a nova visible to the naked eye during the year 2022, plus or minus seven months. Such mergers typically produce reddish light, and as the visible light fades, the remnant's infrared light brightens and lasts much longer. Further observations of the system in the next few years should provide better estimates of the timing and brightness.