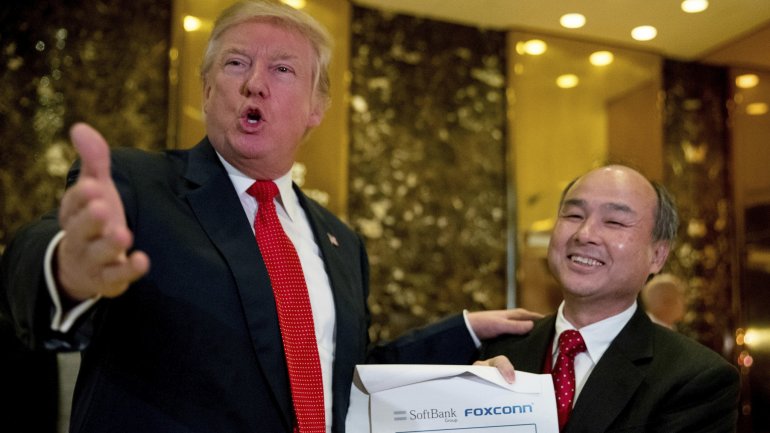 Two of Asia's biggest technology companies said they were looking to expand investment in the United States, as President-elect Donald Trump pushes to bring manufacturing and jobs back home.

Billionaire businessman Masayoshi Son, also the head of Japan's SoftBank Group Corp, pledged a $50 billion investment in the United States, and Apple Inc supplier Foxconn said it was in preliminary discussions to expand its U.S. operations.