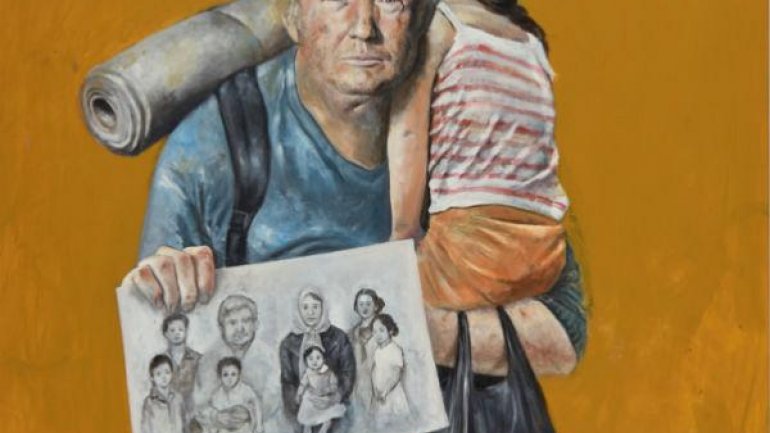 What would David Cameron, the former British Prime Minister, look like if he were homeless? How would you react if you saw Kim Jong-un, the North Korean leader, walking with no shoes?

The Vulnerability Series is an exhibition by Syrian artist Abdullah Al-Omari in the United Arab Emirates. He gives world leaders a makeover with a difference. He takes them out of their fine suits and paints them as refugees, according to Euronews.

Al-Omari says his exhibition is a reaction to his plight as a refugee: “I wanted to imagine how all these powerful leaders in the world would look if they were in our shoes.

“As the anger grew inside me I wanted to have sweet revenge, but with art.”

Al-Omari says he wanted to “disarm” the leaders by picturing them outside their positions of power.
AFLĂ imediat Știrile Publika.MD. Intră pe Telegram