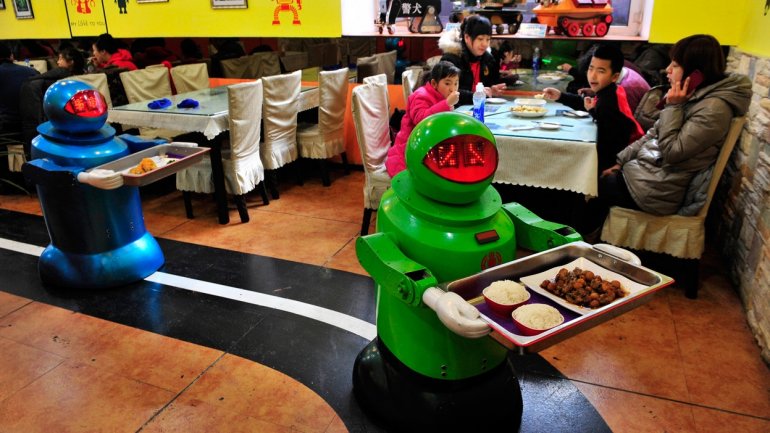 There are three buckets of jobs right now, and each one will be affected by artificial intelligence. So says Clara Shih, CEO of Hearsay Social and a director with Starbucks, during a conversation on Tuesday at Fortune Brainstorm Tech in Colorado.

The first bucket, Shih says, are the jobs that almost certainly will disappear as AI and machine learning technologies continue to evolve and become more prevalent. This includes things like drivers (thanks to autonomous vehicles), lower-skilled manufacturing jobs (humans out, robots in), and certain research functions (paralegals, etc.).

The second bucket, as researched by consulting groups like McKinsey & Co., are professions that require a literal human touch. Things like massage therapists or perhaps clergy.

But each of those buckets is small, at least compared to the third one, which encompasses everyone else (including the writer of this post).

For example, there is still a role for human investment professionals at a roboadvisor like WealthFront―whose CEO, Adam Nash, spoke alongside Shih―but the jobs are significantly changing, The Fortune writes.