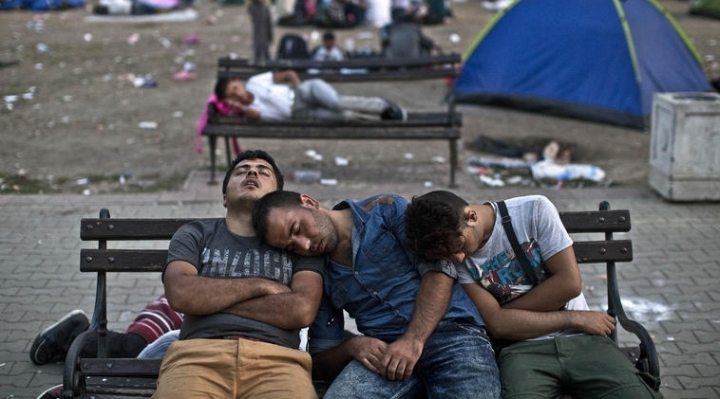 Serbia has arrested 16 people suspected of trafficking refugees from the Middle East, Asia and Africa, as part of increased efforts to stem the flow of illegal migrants trying to reach Western Europe, the interior ministry said on Thursday.

In a statement, the ministry said all 16 suspects detained by police and state security agents came from the southern towns of Presevo and Bujanovac, just outside Macedonia.

"They facilitated illegal crossings of the border between Macedonia and Serbia and ... transfers through Serbia to EU countries," the statement said.

Serbia was at the center of last year's migrant influx into Europe, when hundreds of thousands of people fleeing war in the Middle East journeyed up through the Balkans to reach sanctuary in the European Union.

Over the summer, many migrants have attempted the sea crossing from North Africa to countries such as Italy. But as autumn brings rougher seas, the land route through the Balkans may see a revival of activity.

More than 110,000 migrants have passed through the country so far this year, with most heading north towards the border with Hungary, which Budapest sealed a year ago.