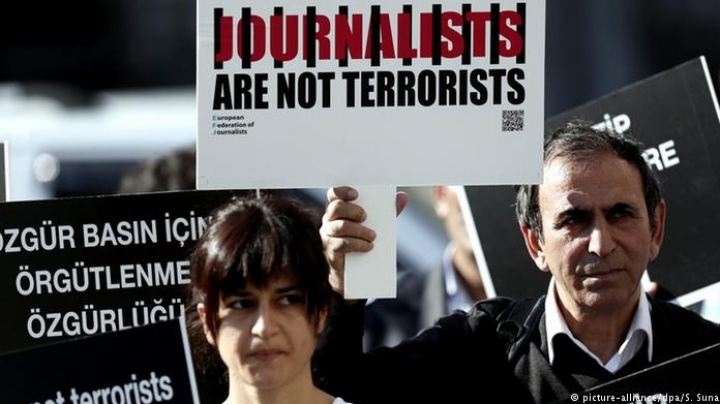 Among those targeted by the warrants were prominent journalist Nazli Ilicak who was fired from the pro-government Sabah daily in 2013 for criticising ministers caught up in a corruption scandal, NTV and CNN-Turk said.

There was no indication any of the journalists had been detained so far.

The government blamed the 2013 corruption scandal on the US-based cleric Fethullah Gulen who it also accuses of being behind the coup.

The Hurriyet daily said that the warrants -- the first to target several members of the press in the crackdown over the failed July 15 coup bid -- were issued by the office of Istanbul anti-terror prosecutor Irfan Fidan.

The prosecutor said an operation was already in progress to detain the journalists but Ilicak was not found at home in Istanbul and could be holidaying on the Aegean. Provincial police there have been alerted, it said.

Erdogan's government had been under fire even before the coup for restricting press freedoms in Turkey, accusations the authorities strongly deny, AFP reports.