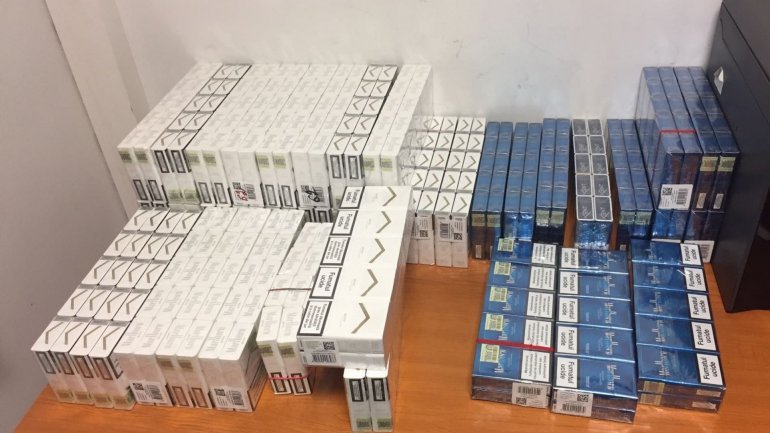 Three cigarettes smuggle attempts were reported by the custom posts. The officers restrained 20 960 cigarettes that had the Republic of Moldova`s excise stamp.

The first two cases, were recorded at Chisinau International Airport custom post, where two Lithuanian citizens tried to smuggle out 8 600 and 7 580,,Mallboro``, ,,Kent``and ,,Parliament`` cigarettes. The goods were found in the men`s luggage during control of passengers going Chisinau-London.

The third attempt was stopped at the Sculeni custom, after the K9 announced the presence of suspect objects in the car`s floor, whose driver aligned to the lane where people have nothing to declare. Thus, during the checking the officers found 4 780 ,,Winston`` and ,,Rothmans`` cigarettes.

The goods were restrained, while the suspected received a protocol for taking out of goods that were not declared.