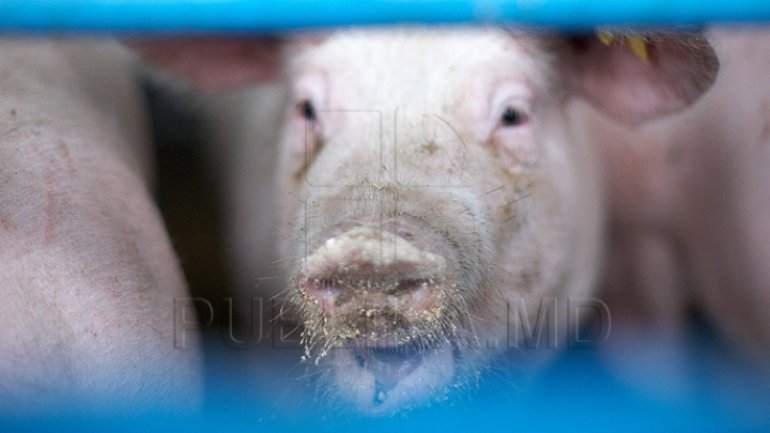 A commercial transaction between a farmer from Romania and an abattoir from Republic of Moldova is causing a headache for authorities from Albiţa customs. A truck with almost 200 pigs has left on Friday evening from Braşov, heading to our country. The truck passed the customs from European Union, but was not allowed to pass by customs officers from Moldova, because the driver was missing a document.

"Government of Republic of Moldova issued a supplementary order, which foresees an additional notification from Romanian exporter to Republic of Moldova. Government of Romania, though, was not notified of this change", vice-president of State Sanitary Veterinary Agency for Safety of Products of Animal Origin, Traian Petcu, declared, wrote digi24.ro.

On its way back, the truck filled with pigs was not allowed to pass the Romanian border either. Due to African Swine Fever outbreak, the legislation forbids entrance into the country of pigs, be they alive or butchered. After the truck stood for hours to no end in cold, without water or food for the animals, they were taken to one of the shelters from Albiţa customs.

"We are dumbfounded, we have already sent a message toward all competed authorities. We have no idea what to do. From the legal point of view, there is an issue, but the pigs are in the no-man's-land, meaning, they have not yet stepped on Moldova's territory" president of ACEBOP, Mary Pană explained.

Representatives from State Sanitary Veterinary Agency for Safety of Products of Animal Origin will go to Chisinau to find out which document banned the pigs from entering the country.