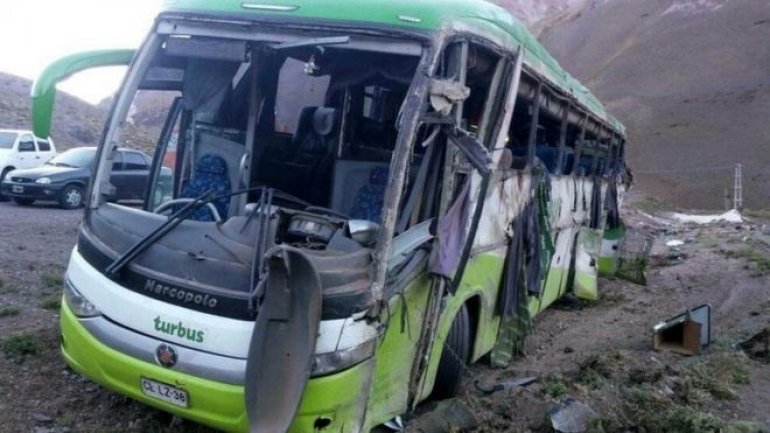 At least 19 people were killed when a coach overturned on a remote road in the Argentinian Andes, near the border with Chile, officials say, according to BBC.

A survivor who was not identified said that the coach had been travelling too fast, despite the concerns of passengers.

The crash happened near Aconcagua, the highest mountain outside of Asia.

The Chilean company that operated the vehicle says it is striving to ascertain the identities of the dead.

Mendoza Provincial Governor Alejandro Gulle was quoted by AFP news agency as saying said that two Chilean coach drivers who survived the crash were being questioned in the town of Uspallata, a tourist location near the 6,960m (22,835ft) Mt Aconcagua.