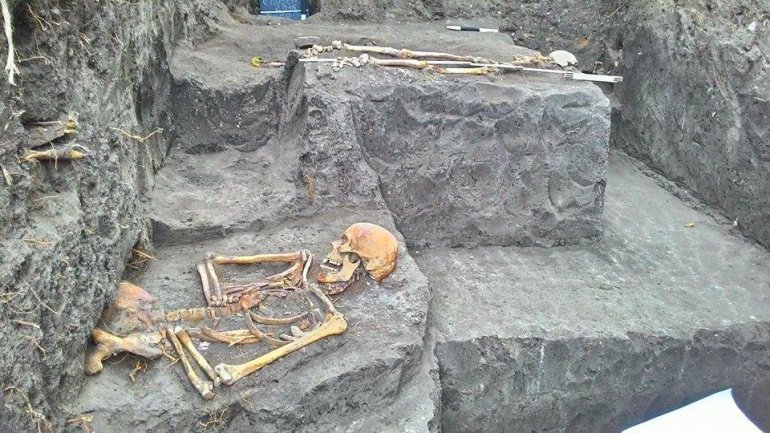 Amazing discovery for the Moldovan archaeology. A water supply system from the 16th century, seven tombs, and the foundation of a belfry were discovered by the archaeologists on the territory of the church "Assumption of Virgin Mary" from Causeni. The discoveries started after two weeks ago the Minister of Culture jointly with US Embassy to Moldova launched the restoration project of the holy place.

In the tombs discovered on the territory of the church were the bones of seven persons, children included. The age of these skeletons has to be identified.

The discovered water supply system is assumed to be from the period of the Ottoman Empire and it was supplying the place with water.

Also during the digging was found the base of the threshold of the church, which was only suspected by the researchers that it was here. The archaeologists hope that they will also find the place of the belfry.

Causeni residents are impressed by the discoveries.

The church has a tumultuous history, it was profaned by the Huns and mocked in the atheist period by the communists.

The restoration of the place originated from the 17th century is supported by the US Ambassadors' Fund for Cultural Conservation.