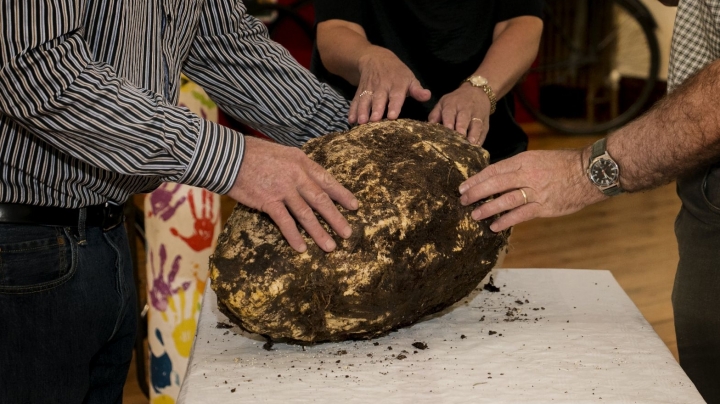 A lump of waxy “bog butter” thought to be about 2,000 years old was unearthed 12 feet below the surface in Emlagh Bog by a turf cutter last week.

Butter, placed in a wooden casket or animal hide, is thought to have been buried in bogs as a way to preserve it, or as a ritual offering. Andy Halpin of the Irish Antiquities Division of the National Museum says this ancient lump of butter was not covered when it was buried in a place where 11 townlands and three baronies met.

“It is at the juncture of three separate kingdoms, and politically it was like a no-man’s land, that is where it all hangs together,” Halpin said in a Belfast Telegraph report. He added that bog butter is theoretically still edible, but he wouldn’t advise tasting it.