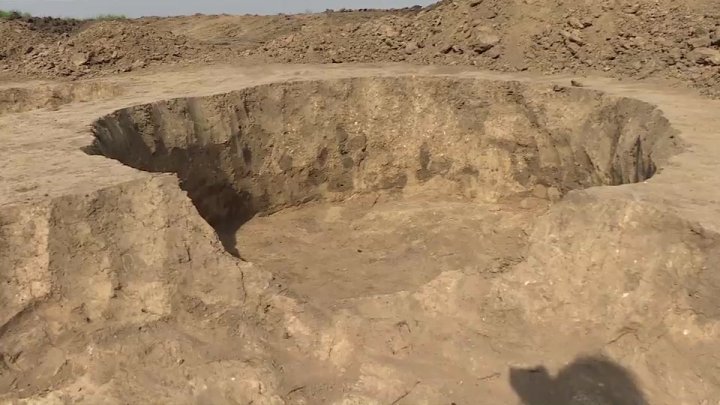 A large, ample Roman amphora dating back to the 3rd century was found in an archaeological site in Comrat. The excavations were carried out by the specialists of the National Archaeological Agency. The fragments were discovered on the ground of an industrial park, one meter deep.

The excavations lasted three weeks. According to archaeologists, the amphora found is the thirteenth throughout the country.

"Such amphoras were in the ancient northern centers of the Black Sea. They are scientifically important because they bring new details about the habitat, living in this area of Roman times," Vlad Vornic, director of the National Archaeological Agency, said.

"We found a plate that was manually made, without using the potter's wheel. The archaeologists are now studying the fragments and will present the necessary documents," declared the director of the industrial park in Comrat, Nicolai Tudorov.

The latest archaeological research was made in Gagauzia in 1960. The mayor of Comrat mentions that these discoveries will increase the historical value of the region.

"Before we build something, we must invite the archaeologists to dig and extract historical objects. The first excavations impressed us so much. We found a lot of archaeological materials, "said Mayor of Comrat, Serghei Anastasov.

The fragments found were brought to Chisinau, where they will be restored, and later will be presented at the Comrat Museum.
AFLĂ imediat Știrile Publika.MD. Intră pe Telegram