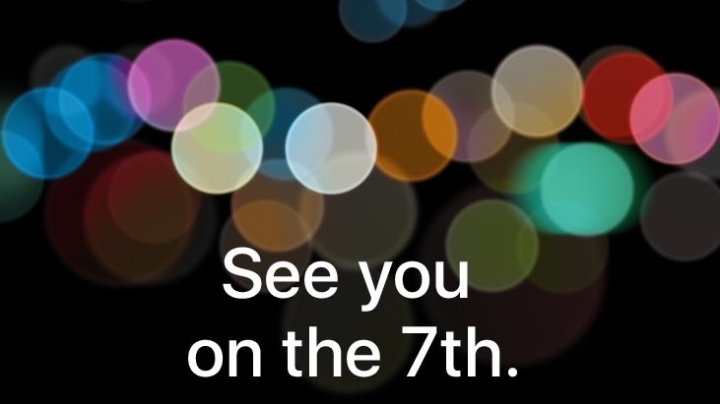 Apple just sent out invites for a press conference on Wednesday, September 7, reports TechCrunch. The company will most likely unveil the next iPhone. The invite doesn’t say much. Apple usually likes to give hints — but this time, it just says “See you on the 7th.” The event will be held at the Bill Graham Civic Auditorium in San Francisco. This large venue has already been used for the WWDC keynote in June.

For the past three years, Apple has unveiled a new iPhone in early September. Everything indicates that Apple is going to follow the same pattern this year with a new iPhone. But what do we know about the iPhone exactly?

Many leaks show that the iPhone 7 (or whatever Apple calls it) will feature more or less the same design as the iPhone 6s. The antenna lines at the back will be streamlined and the camera will be a bit more prominent. And yes, it looks like the audio port is going away.

For the bigger model, Apple could introduce a dual-lens camera system. Two cameras could let iPhone users shoot better photos in low-light conditions — it could also improve HDR performance and color fidelity. Or it would let you use an optical zoom with two different angles. We don’t really know yet.

Apple could also use this opportunity to unveil new MacBook Pro computers. There have been many rumors about an upcoming MacBook Pro with a Touch ID sensor and a curious OLED mini screen above the keyboard. The Apple Watch should also receive an update before the holidays. Will it happen on September 7 or later? It’s unclear.

TechCrunch will have a team on the ground to liveblog, take photos, shoot hands-on videos and more. And if you don’t plan to buy a new iPhone, iOS 10 is also coming in September.