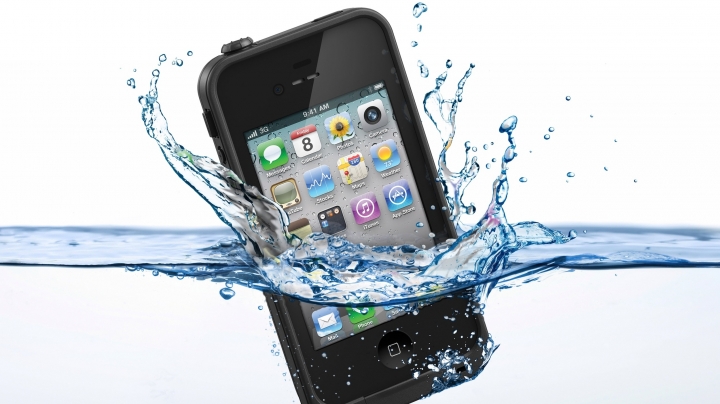 It's been long rumored the next-generation iPhone could be partially waterproof and a newly published Apple patent just added potential credibility to those claims.

The company was recently granted a patent by the US Patent and Trademark Office that hints at its possible plans for waterproof or water-resistant gadgets. The patent highlights editing tools that could be used for underwater photography to ensure those scenes don't have "undesirable tints".

This means underwater pictures could stay vivid and maintain a blue water hue.

While many Apple patents reference concepts that don't ever see the light of day, this is its latest in a string that demonstrates it is keen to develop gadgets like iPhones that can be used underwater.

For example, Apple  was approved for a patent earlier this year for "submersion detection circuitry" designed to help gadgets sense when they've been dipped into water or other liquids.

The tech giant is expected to announce the iPhone 7 in September. In addition to incorporating waterproof features, Apple's next-generation smartphone is rumored to ditch the headphone jack, a move that would make the phone less vulnerable to water damage.

It wouldn't come as a big surprise for Apple to add waterproof features to its next iPhone; after all, it's behind the curve on the trend.

Samsung has offered water-resistant products for years, and the new Samsung Galaxy Note 7 features a waterproof metal and glass body, and a waterproof stylus. The Note 7, just like the Samsung Galaxy S7 Edge, is waterproof for about a half an hour in up to 5 feet of water, CNN reports.