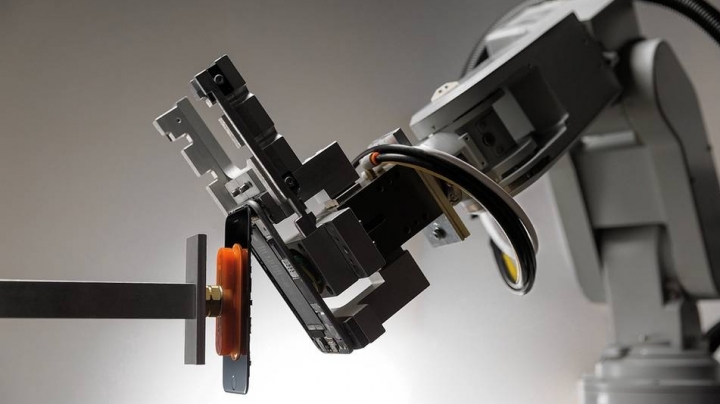 Apple introduced a piece of technology recently that will likely never be used by any consumer. Instead, it kind of cleans up after them: a robot that breaks down iPhones for recycling.

The arrival of Liam—a 29-armed robot capable of taking apart 1.2 million iPhones a year—speaks to a big challenge facing tech manufacturers today. Even as they strive to entice consumers to ditch their existing devices for the next new thing, companies must figure out what to do with the growing numbers of devices that are destined for the scrapheap as a result.

“We think as much now about the recycling and end of life of products as the design of products itself,” says Lisa Jackson, Apple’s vice president of environment, policy and social initiatives.

The company spent more than three years building Liam, of which there are currently two. Each carefully separates iPhone components such as the camera module, SIM card trays, screws and batteries. Instead of tossing the whole device into a shredder—the most common form of disposal—Liam separates materials so they can be recycled more efficiently.