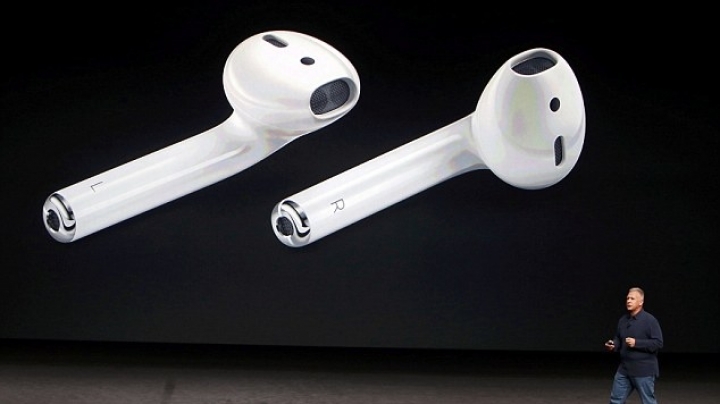 After months of anticipation, Apple has finally revealed the iPhone 7 which has controversially dumped the headphone socket, reports Daily Mail.

Instead, users can plug into a Lighting port or can opt to use wireless 'AirPod' headphones that cost £159 in the UK and $159 in the US.

Reaction to the change has been mixed, with many people taking to Twitter to mock the price of the AirPods and how easy they could be to lose.

But others have praised the move - which Apple says took 'courage' - highlighting the importance of innovation to the iPhone's enduring popularity.

The iPhone 7 no longer has the 3.5mm headphone jack that has featured in all its previous models.

People who have splashed out on expensive wired headphones in the past will need to use a Lightning 3.5mm adapter.

It will also be possible to use wireless Bluetooth headphones, or those that are equipped with Apple's Lightning connector - the same connector that the technology firm uses on its charger.

However, if buyers do upgrade to headphones equipped with a Lightning jack, they won't be able to use these with any non-Apple devices.

Another option is to use Apple's new wireless 'AirPods' earphones. These can be used with the iPhone or Apple Watch by simply opening up the supplied case and tapping 'connect'. The AirPods are designed to provide five hours of playback, while their charging case can last for 25 hours.

But Apple's attempt to push users towards replacing their headphones has proved unpopular with many people on Twitter.

The hashtag '#courage' has been used to mock the change, with the main concern for users appearing to be losing the wireless headphones.