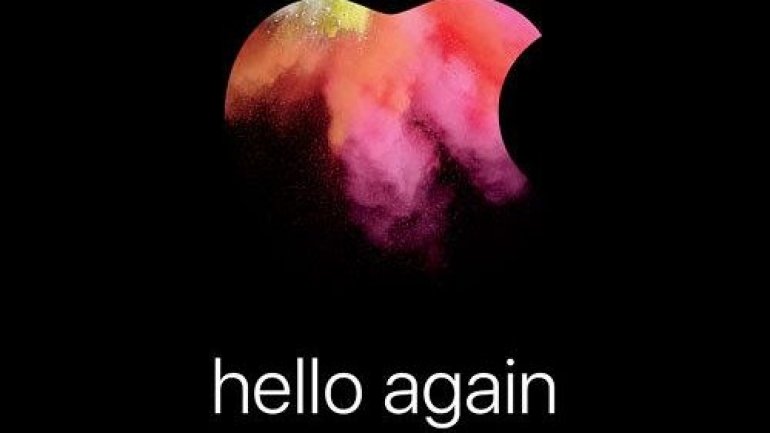 Apple is expected to launch the next generation of Mac computers at a press event on 27 October. The company sent out the invitations, with the words “hello again” under a colourful Apple logo, on Wednesday night, The Guardian reports.

The event is expected to feature the launch of the newest versions of Apple’s MacBook Pros, the company’s top tier of laptop computers.

The new computers are expected to have a number of major changes to the pre-existing models. Among the rumoured alterations are a touch-sensitive OLED strip replacing the function keys along the top of the keyboard; a touchID sensor for reading fingerprints; a thinner body; and the abandonment of USB-A, the traditional port for the connection standard, in favour of the slimmer, reversible USB-C.

There is also the possibility that the 11-inch MacBook Air, the company’s cheapest laptop, will be dropped from the line-up, with Apple offering the more expensive 12-inch MacBook – confusingly, largely the same size as the Air – for those who need a lightweight computer for travelling.

The MacBook Pro line hasn’t been updated since May 2015, when it received a minor suite of upgrades including a speed bump, better battery life, and a “Force Touch” trackpad.
AFLĂ imediat Știrile Publika.MD. Intră pe Telegram