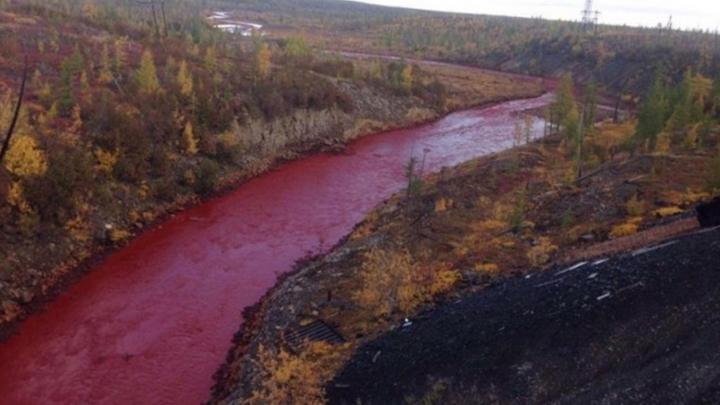 An investigation has been launched by environmental authorities in Russia after a river in Siberia turned blood red.

The Daldykan River lies near Norilsk, an industrial centre and one of the most polluted cities in Russia.

While a scientific reason for the change in water colour has yet to be pinpointed, many have blamed the phenomenon on waste from a nearby factory.

Metallurgical plants, owned by regional conglomerate Norilsk Nikel, have been cited by locals on social media as the probable source of the red dye.