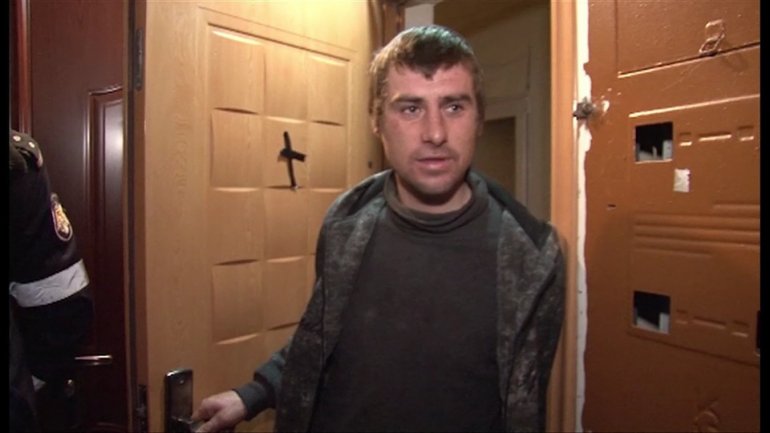 Resident of an apartment block form Bălţi is disturbing his neighbors. The man turned the apartment, received from fugitive mayor Renato Usatîi, in a shelter for drunk homeless people.

Each day, while drinking, they curse and pick fights with other residents. Police Officers are called sometimes even a few times on the same night to break it off.

People claim that they live in a nightmare.

"It went out of control. I have never seen such thing before! They yell, fight and make noise. I hear them from the second floor."

"Perhaps he should be taken to live in the forest."

"My wife cannot sleep here because of all those noises. She had to go to our daughter."

The man denies all accusations. He claims that the neighbors are simply jealous and therefore complain of his behavior.

"-They are jealous that I received this apartment for free. -Who gave it to you? -Renato Usatîi", resident of Bălți, Sergiu Voiniţchi said.

Despite the police fining the man periodically, he keeps causing public order offences.

"There is nothing we can do. We cannot chase him out of the apartment. Only through court. We act, make him take responsibility, hear eyewitnesses, but it doesn't solve anything" officer from Bălți Police Inspectorate, Vadim Niculeac said.

The man admits that he sold many items from the apartment.

"-You used to have a table, chairs. Where is the furniture? -Gone! -Have you sold it? -Yes! I had to! How else can I pay for the bills?" Sergiu Voiniţchi said.

The man recieved the apartment from fugitive mayor Renato Usatîi a year ago. After it was made known that the man used to live in a cottage near a forest from Bălți.