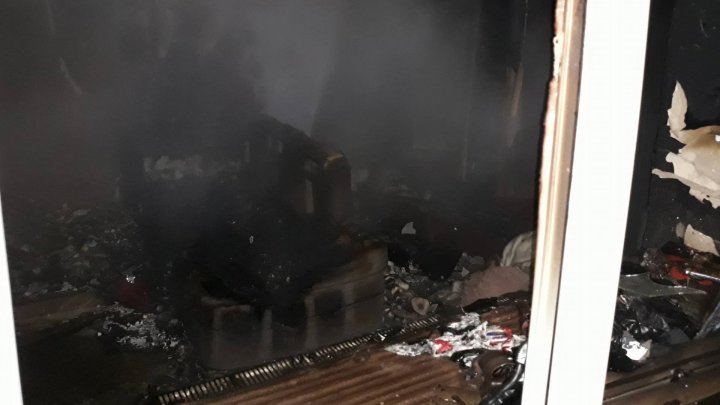 An apartment from Râșcani sector of the Capital has burst this morning into flames. Luckily, nobody was injured, as all residents were away from home.

In exchange, only ashes remained from the property.

Two teams of firefighters managed to extinguish the flames in half and hour.

"The fire damages all goods located on a surface of 45 square meters" press officer from General Inspectorate for Emergency Situations, Liliana Puşcaşu declared.

The thick smoke even managed to enter the neighbor apartments.

"We were woken up this morning by the police who said the house was burning. When I asked the source of fire they could not say for sure."

"We were sleeping when someone knocked at the door and said we should evacuate because there was a fire."

The source of the flames have yet to be established.