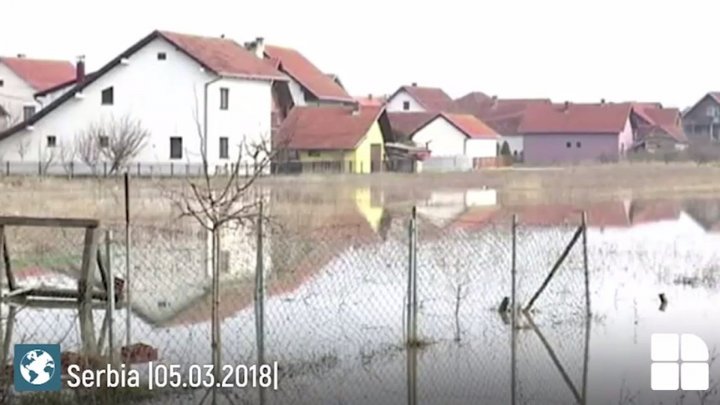 A sudden melting of snow after a spate of freezing weather is causing rivers in southern and eastern Serbia to overflow, raising alarm in the country hit by massive flooding in 2014, writes AP.

Several dozen people have been forced to evacuate homes, dozens of houses have been left without electricity and many people are without drinking water throughout the area. The authorities in some municipalities have introduced emergency measures.

In other parts under threat, emergency services have been beefing up flood defenses.

The 2014 flooding killed dozens and left entire towns under water in Serbia and elsewhere in the Balkans.