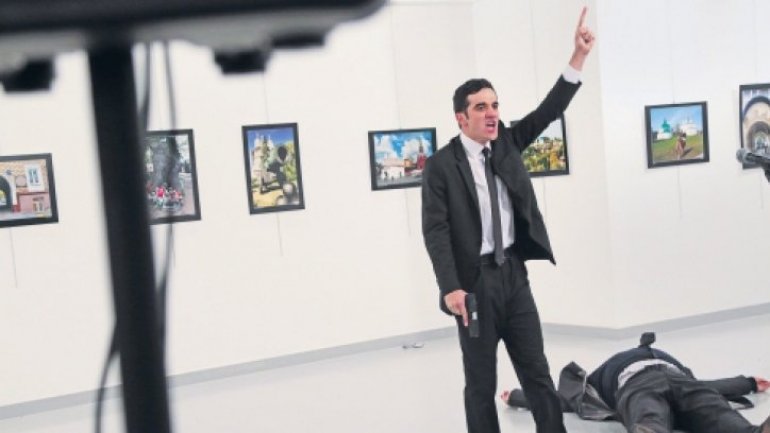 Associated Press photographer Burhan Ozbilici won the 2017 World Press Photo competition Monday, February 13th, with jurors and colleagues lauding his courage and composure in capturing his image of a gun-wielding off-duty Turkish policeman standing over the body of Russia's ambassador, whom he had just fatally shot.

Ozbilici's image was part of a series titled "An Assassination in Turkey" that also won the Spot News - Stories category. The photos were captured in the moments before and after policeman Mevlut Mert Altintas drew a handgun and shot Ambassador Andrei Karlov at a photo exhibition in Ankara on Dec. 19.

In the winning photo, the gunman, wearing a suit and tie, stands defiantly, pistol in his right hand pointed at the ground and with his left hand raised, his index finger pointing upward. His mouth is wide open as he shouts angrily. The ambassador's body lies on the floor just behind Altintas.