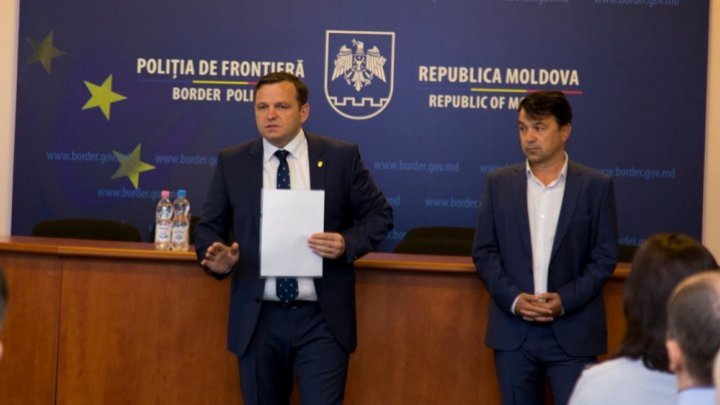 foto: publika.md
The new Head of the Border Police is a Moscow representative, said Antimafie party leader, Sergiu Mocanu. He also said that Rosian Vasiloi is a graduate student of the Russian Border Guards Service Military Institute, which was then a KGB structure.

'Maia Sandu's Government appointed an Russian Federation agent in the Head of the Border Police. He is working for Russia's interests', mentioned the president of the Popular Movement Antimafie.

Requested by Publika TV, Rosian Vasiloi mentioned that he is in a day-off.

Even though the Sandu Government promised to appoint leaders according to the meritocracy principle, Rosian Vasiloi was appointed as the Border Police leader at Andrei Nastase's suggestion. Sergiu Mocanu sai that this thing is not a random one.

'We've got the chances to become an overtaken state by the Russian Federeation and by the 5th Russian column', declared Sergiu Mocanu.

Last year, the Zeppelin journalists presented a number of documents representing the facts that Rosian Vasiloi, after graduating the KGB school, was one of the men with access to the informations regarding Republic of Moldova's security. He was promoted in different leading positions within the Border Guards Military Service of the Republic of Moldova.
loading...
AFLĂ imediat Știrile Publika.MD. Intră pe Telegram