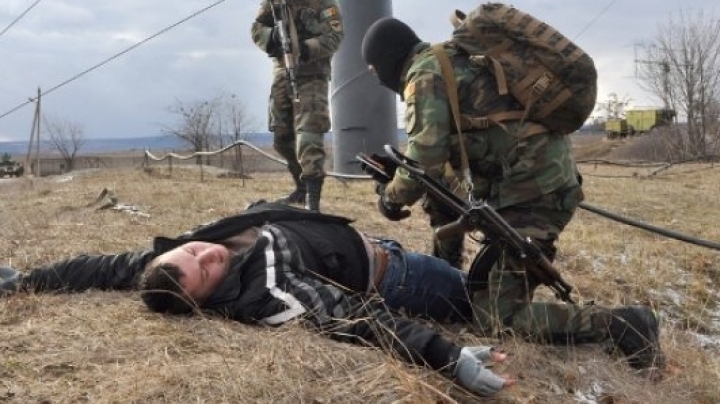 The militants from Transnistrian area and the soldiers from Russian troops, sent to the eastern regions of the country, have done new military drills on the margins of Dniester river. This time they have improvised anti-terroristic operations against extremists, which might have the intention to destroy the wastewater system in Tiraspol.

According to the website of the so-called Ministry of Defense from Tiraspol, during the drill the militants showed abilities of terrorist counteraction by using military equipment from the facility. At the end, a military parade was organized on the bank of Dniester river.

The anti-terrorism drills from the region took place for a week. For the first time, in the drills were involved local special services.