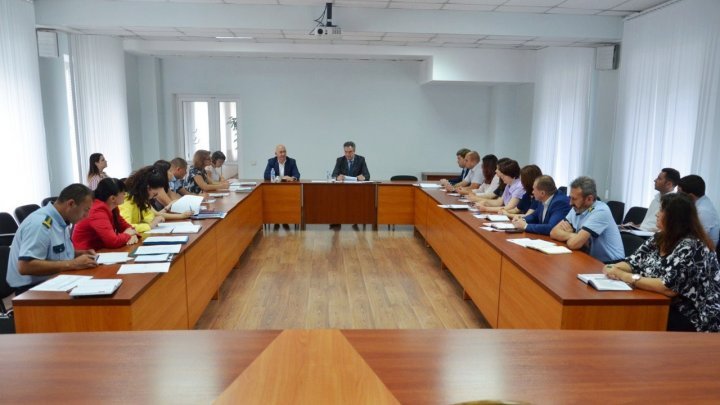 Significant improvements in anti-fraud progresses were recorded in the first semester of this year. Increases in number of detentions of different categories of goods and their values, preventing state budget damage.

The data were presented by the officials of the Anti-Fraud and Compliance Department at a balance-sheet meeting convened by Customs Director Vitalie Vrabie.

According to the general summary, the most important increases are recorded for the fields related to the special investigative activity, the Mobile Teams, the intellectual property and the subsequent control.

Thus, in the first half of this year, the number of offenses reported on operative information reached 65 cases, compared with the same period of 2017, when this indicator was 21. The value of the goods detained after the interventions exceeded 30 million lei.

At the same time, there were 60 cases of detaining goods susceptible to counterfeiting, four times more than in 2017, when 14 such detentions were reported.

At the same time, the value of the goods detained on criminal and contraventional cases amounts to 93.4 million lei.

Reports also indicate a diversification of anti-fraud instruments as well as a boost to special investigative work. Operational services have strengthened their technical and material base in the field of special equipment, intensifying in parallel their cooperation with the force agencies in the country and abroad.

The effectiveness of cynological control, in particular, canine teams specializing in the detection of tobacco products was also mentioned. Of the 494,200 cigarettes detained since the beginning of the year, 289,100 were detected by specialized dogs of the Customs.

In his interventions, the head of the Customs has called for the continuation of measures to increase efficiency, including through the development of analytical capabilities and intelligence. An important contribution to this will also be the Risk Management Strategy for the period 2018-2020, which is a strategic document aimed at better profiling of potential and determined risks.