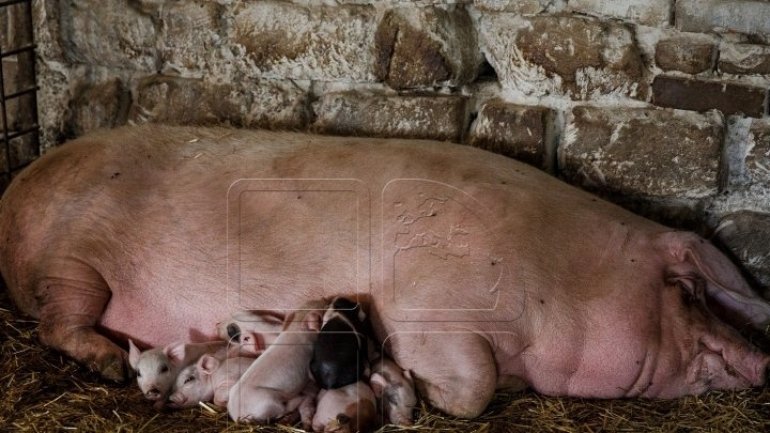 More than half of the over 300 pigs in the village of Palanca were slaughtered after several cases of swine fever have been detected. The staff of the Food Safety Agency (ANSA) went to Tudora and Palanca villages for the inspection.

Clava Cricimari had four pigs but had to kill them all so as not to spread the infection.

"Illness happens every year but I've not ever seen such fever", said Clava Cricimari, inhabitant of Palanca village.

Tatiana Rotari has a 160-kg pig and five smaller ones. The woman says she disinfects the animals'place everyday.

"We leave the shoes outside, we put on boots and disinfect the cage. We feed and clean them", said Tatiana Rotari, resident of Palanca village.

Before the outbreak, about 80 per cent of animal products were imported from Ukraine. The ANSA representatives went through the inspections in the shops of two villages.

"As you can see, sanitary filters were arranged, working conditions were created for those working 24 hours a day. I was in places where the disease was notified. Cleanliness, disinfection and all functions were working independently",said Vselovod Stamati, Deputy General Manager, ANSA.

In the village of Palanca, 15 pigs were killed from swine fever. This year, outbreaks have been identified in Soroca, Edinet and Donduseni districts.