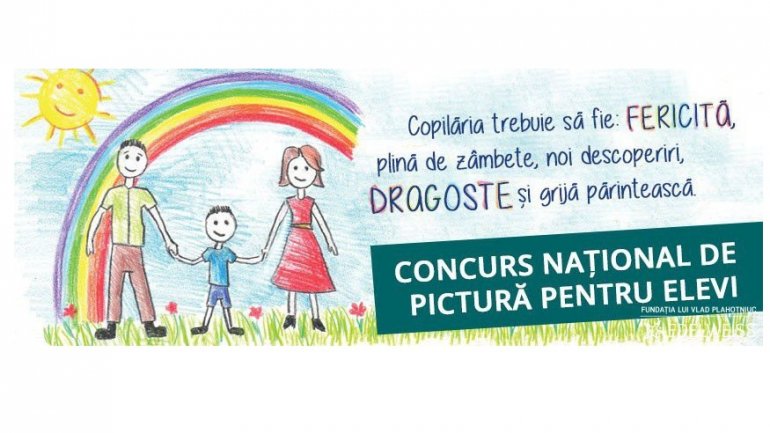 The initiative aims to promote the values of a harmonious family through art.

Over the next three weeks, students across the country can send their drawings with the message of a happy family, along with a short description or motto to the Vlad Plahotniuc's "Edelweiss" Foundation headquarters.

Sabina Crigan, the coordinator of the foundation spoke about "Edelweiss" at the Prima Ora show on Prime TV.

"The painting can be done with no restrictions. A sheet and any instrument to execute the work.They shall imagine the most happy they felt with their family" , said the coordinator of the Foundation" Edelweiss "Sabina Crigan.

The best works will be exhibited on December 21st in an exhibition that will be open to the public in Chisinau.

Also, several activities within the "Protected families" contest will be organized to support victims of violence.

"On the 25th, the International Day of Elimination of Violence against Women, we will light candles in memory of those who died because of violence on Eugen Doda street. Also a charity concert will be organized in order to collect money and donate them to violence victims in the Social Center" , said Sabina Crigan.

The national "Say NO to Violence" campaign is conducted nationwide starting with August 2016.