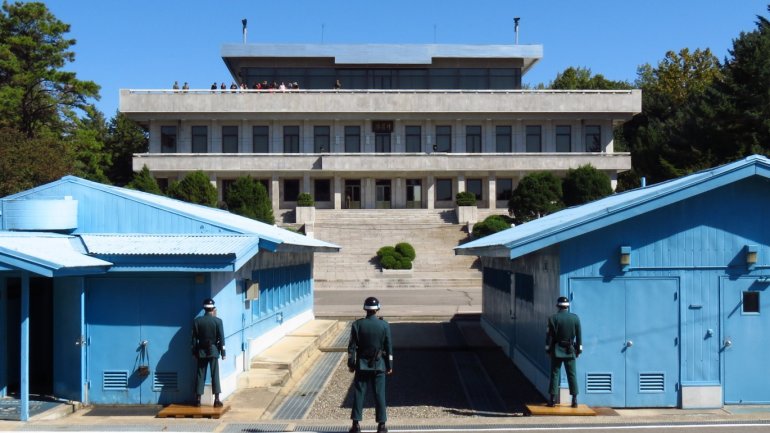 South Korean guards fired warning shots across the heavily militarized border with North Korea on Thursday as a soldier from the North defected in thick fog, complicating efforts to ease tensions over Pyongyang’s nuclear and missile programs.

A South Korean defense ministry official said up to 20 warning shots were fired as North Korean troops approached too near the “military demarcation line” at the demilitarized zone (DMZ), apparently in search of the missing soldier.

Thursday’s defection came about five weeks after a North Korean soldier suffered critical gunshot wounds during a defection dash across the border.

Two North Korean civilians were also found in a fishing boat on Wednesday and had sought to defect, officials in the South said.

That brings the total number of North Koreans who have defected by taking dangerous routes either directly across the border or by sea to 15 so far this year, including two other soldiers. That is three times the number last year, according to South Korean officials.

Seoul says more than 880 North Koreans have defected to the rich, democratic South so far this year, but the vast majority have taken a less dangerous route through China.

The number of defectors arriving successfully in the South has dropped since North Korean leader Kim Jong Un took power in late 2011, a trend defectors and experts say may be linked to a crackdown by Pyongyang.

China and Russia have proposed a “freeze for freeze” arrangement under which North Korea would stop its nuclear and missile tests in exchange for a halt to the exercises, but there has been little interest from Washington or Pyongyang.