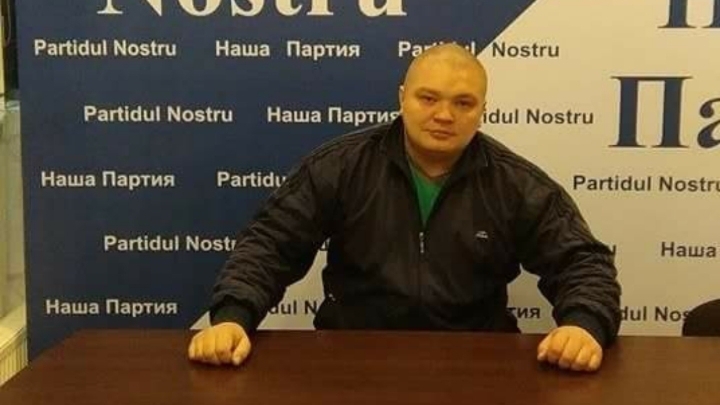 If you drunk drive, in put in danger the lives of many people, and if you are stopped by police you just say that you are from the party of Renato Usatai and you get off the hook. At least this thought a man from Chisinau, caught drunk driving by the road patrol. The driver tried to threaten the policemen that they might have problems because he is a member of “Our Party”.

The alcohol test showed that the driver had 0.91 permilles of alcohol, which means six times the norm. The man, showing off that he is a member of the party of Renato Usatai, is 33 years old and lives in Chisinau. According to some sources, his name is connected to a penal case of smuggling, previously him being a part of a criminal gang, which was bringing illegally to Moldova children and adult clothes and selling them in markets and shops in Chisinau. The suspect was not found in order to comment the case.

It is not the first time when the members of Our Party led by Renato Usatai are getting by the police. Two weeks ago, the mayor of Vasileuti village, Rascani district, was caught drunk driving. And at the end of May 2016, the mayor of Racovat village, Soroca district, also got a penal case after drunk driving. In July 2016, the mayor of Soldanesti, also a member of Our Party, was detained under the accusation of stealing a batch of slates offered by the Government for the victims of floods.

On Thursday, the media published information regarding a person close to the leader of Our Party, Renato Usatai, Eduard Patrasca, who was detained for pandering.

On 13 September 2016, another friend of Renato Usatai, Nicolae Hacico, was detained for drug traffic. He lied to two Israeli citizens that in Moldova can be legally cropped plants with psychotropic effects and issued for this activity a fake license for a sum of 25,000 euro. On his facebook page, Hacico has many photos together with Renato Usatai and the deputy president of the party, Nicolae Tipovici. In 2014, in the media appeared tapping records where an unknown man asked Tipovici to talk to Usatai to find him a land in Moscow for cropping, including narcotic plants.

Another friend of Usatai, Mihail Colibaba, was arrested in Taiwan for ATM robbery. He was detained together with other two members of an international criminal gang, suspected of robbery of approximately 2.6 million dollars.

Another friends of Usatai are Bulgaru, a famous leader of the underworld, who is hiding in Moscow and is neighbor with Usatai, and Igor Nedosecikin, former president of Moldindconbank and a close person of Veaceslav Platon.

According to the website mesaj.md, Usatai gave high positions to some pimps, taking into account that he is a chronic drug consumer and a permanent client of casinos. And in order to avoid temptation, he prohibited the game halls in Balti. At the same time, Usatai was filmed in many video recordings while smoking, apparently drunk or even drugged, writes the website.