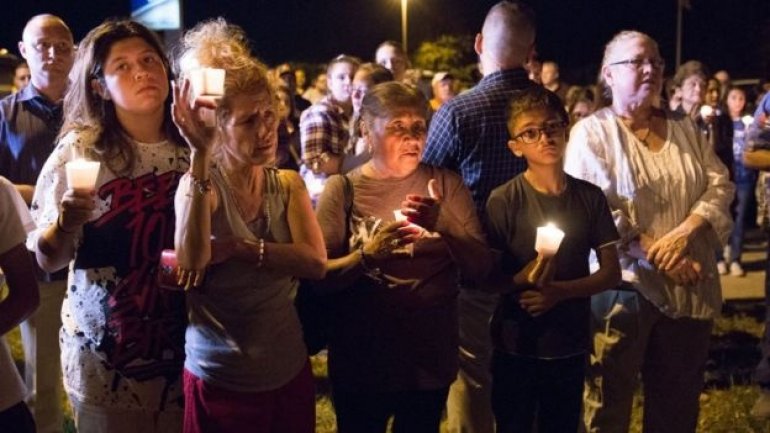 At least 26 people died and 20 others were injured Sunday when a gunman opened fire at a church in a small town southeast of San Antonio, officials say.

The incident occurred at the First Baptist Church in Sutherland Springs, Texas, a small community located in Wilson County about 30 miles away from San Antonio. The gunman, identified by two law enforcement officials as 26-year-old Devin Kelley, is now deceased, but it remains unclear how he died.

Multiple victims with gunshot wounds were being treated at the Connally Memorial Medical Center, a representative for the hospital told TIME. She could not give further details on their conditions.

“We can not put into words the pain and grief we all feel,” said President Donald Trump on Sunday in a press conference from Japan, his first stop on a trip to multiple Asian countries.

The number of victims and those injured make the incident one of the largest mass shootings in recent history, and comes just a month after a gunman opened fire on a crowd at a concert in Las Vegas, killing 58 people.

Authorities identified 26-year-old Devin Kelley as the suspected church shooter, the AP reported. Kelley died in the aftermath of the shooting, Murphy of the Guadalupe County Sheriff’s Office said, though his cause of death has not been confirmed.

Law enforcement officials said that Kelley, described as white, male and in his 20s, was seen around 11:20 a.m. at a gas station in Sutherland Springs. He crossed the street to First Baptist Church, and began firing from outside after exiting his vehicle. He then moved to the right side of the church and fired, before entering the church and shooting more.