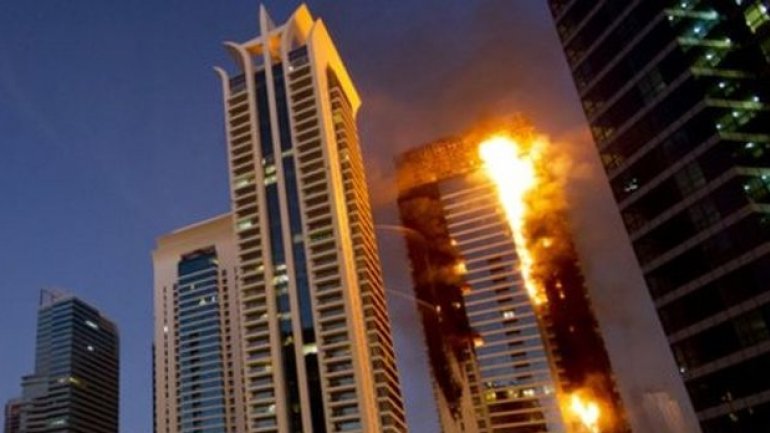 A fire has struck another high-rise tower in the Dubai Marina, just days after a blaze struck one of the world's tallest residential towers in the same neighbourhood.

Witnesses said firefighters were spraying water inside of the Tiger Tower.

Some smoke earlier hung near the tower's top floors as those inside evacuated the building.

Authorities said the fire began on a balcony.

The Dubai Media Office, a government agency, said on Twitter no injuries were reported in the fire at the Tiger Tower.

It described the blaze as "minor" and said firefighters already had extinguished the blaze.

Last Friday, a massive blaze broke out at the nearby 86-story Torch Tower.

It was the second time in two years the more than 1,100-foot-tall (335 meters) tower has been ravaged by fire.

The Torch, located in Dubai's popular waterfront Marina district, also caught fire in February 2015. There were no major casualties reported in either blaze.