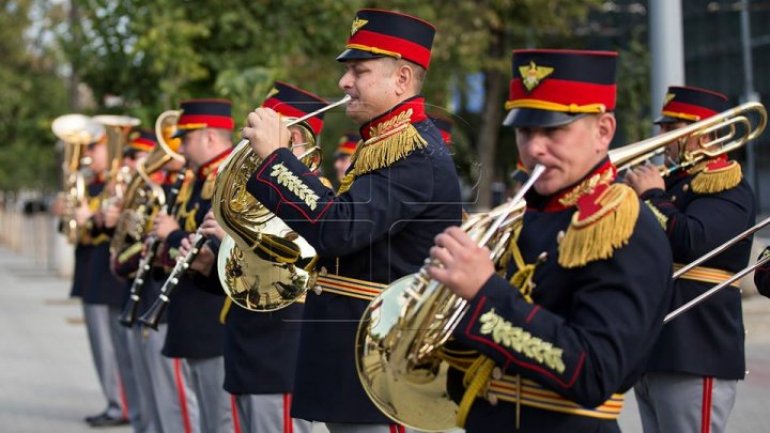 Militants from the Presidential Orchestra celebrated today 25 years of foundation. On the occasion of the anniversary, the instrumentalists offered a spectacular show.

According to the main conductor of the Orchestra, the veterans were the ones who laid the foundation of this military collective.

"We present our honors to these veterans and we thank them for their dedication, professionalism and the courage to be the first and example for us to follow," said principal conductor Leonid Vozniuc said.

On the occasion of the anniversary, a group of officers and non-commissioned officers of the Presidential Orchestra received diplomas from Parliament and the Government, National Army distinctions and certificates of appreciation.

The Defense Minister, Eugen Sturza, also participated in the ceremony. The official said the Presidential Orchestra became high quality institution in the country.

"This school is the place where talents are developed. I wish you, dear musicians, devoted spectators, a varied repertoire and collaborations with world-class artists " said Defense Minister Eugen Sturza.

Presidential Orchestra of the Republic of Moldova consists of 85 soldiers. During the 25 years, the musicians represented the National Army at international festivals in Belgium, France, Germany, Romania and Russia.