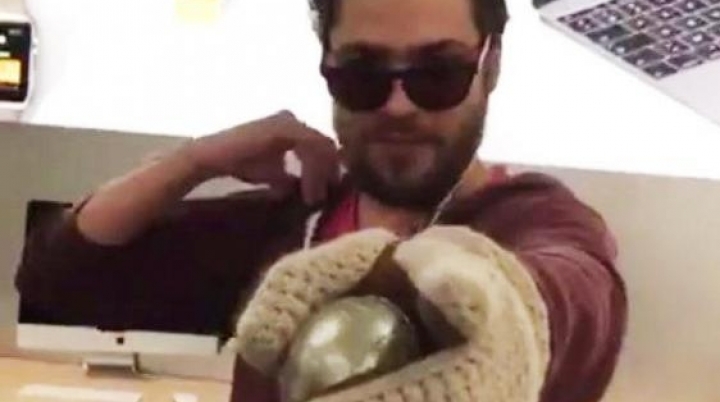 A man has been caught on camera smashing thousands of euros worth of new iPhones on display in an Apple shop.

The unidentified man, who is wearing dark glasses and carrying a steel ball used for boules, methodically removes display phones from their upright holders, and smashes the ball down onto the phones’ Retina HD displays.

Footage shows him destroying at least 12 iPhones at the shop in Dijon, before he is challenged by security.

He also destroys a laptop computer.

The incident was apparently filmed by a bemused customer in the shop.

He was angry Apple refused to reimburse him the money for a device.

The damages are assessed at tens of thousands of euros and the man is in custody.