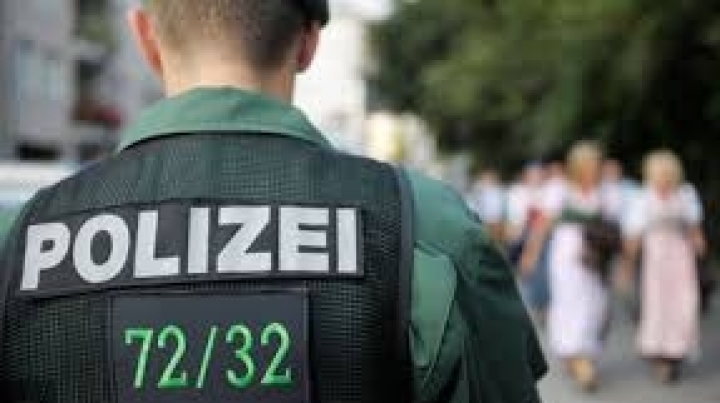 This is the astonishing moment a British air passenger, 38, batters German police officers in Frankfurt after his flight was delayed.

Near a Lufthansa check-in gate, a video shows the man's ferocious single-handed attack on the officers knocking at least three of them to the ground.

He is heard shouting 'I am a British citizen!' before starting the fight when a woman believed to be travelling with him falls over during a confrontation with security.