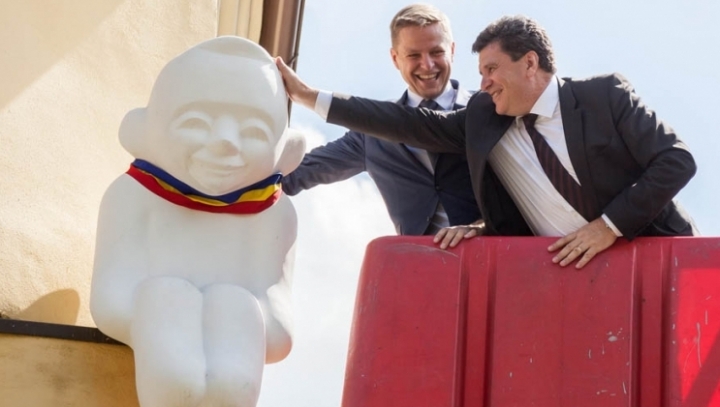 Vilnius gave its full support Wednesday to Georgia and Moldova, whose EU Association Agreements will come into effect on July 1, 2016.

The Lithuanian capital also expressed its hope that in the near future such an agreement will be enforced in Ukraine.

In an act of solidarity and support of the three states previously states oppressed by decades of Soviet rule, Vilnius Mayor Remigijus Simasius placed the flags of Georgia, Moldova, and Ukraine around the necks of three angel statues in the Lithuanian capital.

“For us as Lithuanians, we understand Georgia, Moldova, and Ukraine because we had a similar path to follow when we were joining the EU. Our hearts and minds are with those countries, and these emotional factors are even stronger than practical ones such as being trade partners.

“I have no doubt that whatever's needed, then Lithuania will be on their side.”

Georgia, Moldova, and Ukraine signed Association Agreements with the European Union on June 27, 2014. The agreements are widely perceived to be a step towards joining the EU.

Read more at The Baltic Times.