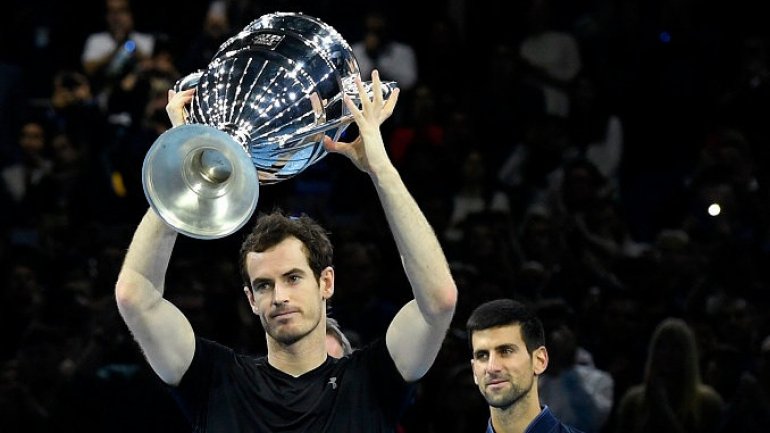 With the year-end top ranking on the line, Murray won the much-anticipated final 6-3 6-4 at London's O2 Arena.

"I'm very happy to win and to be world number one is very special," said the Scot. "It's very special playing against Novak in a match like this."

The victory also ends Djokovic's four-year run of success at the tournament and the Serb's bid to equal Roger Federer's record of six titles.

Murray, who had won 10 of the pair's previous 34 encounters, added: "We've played Grand Slam finals and in the Olympics before, but I am very happy to win.

"It is something I never expected," he said, his win capping off a weekend that also saw brother Jamie Murray and partner Bruno Soares crowned world number one doubles pair.

A capacity crowd of 17,000 packed into the O2 Arena to witness a match that felt more like a heavyweight championship boxing bout than a tennis match, and it was Murray who rose to the occasion.

"Andy is definitely number one in the world," said Djokovic. "He deserved to win. He is the best player.

"In the decisive moments, I wasn't able to come back. I played better late in the match but it wasn't enough."