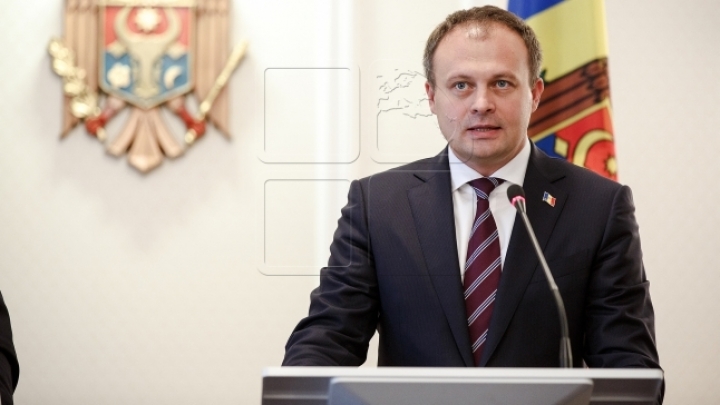 The speaker on bigger fines:

"They discuss a lot in media about this draft law. When in Parliament, the draft will be analyzed and consulted with experts and media, so that the decision should be logical and fair. Certainly, some sanctions must be hasrhened, but not all of them."

The presidential elections WILL be on October 30:

"They have lately speculated there would be intentions to cancel or to postpone the presidential elections. The ones having the mission to come up with so many speculations shall stop. The elections will be held on October 30.

The opinion of the Venice Commission is due on Saturday. On that ground, we’ll come with legislative amendments in two weeks.

We have invited foreign observers this week to monitor the October 30 elections. Over 20 representatives from the Parliamentary Assembly (of CoE), from the European Commission have confirmed they will come.”

The state budget to be passed in the third reading:

We’ll pass the new financial-banking legislation before the IMF’s mission:

"Following the discussions with the IMF mission, we have agreed on the most important elements to be regulated by the new legislation, everything related to financial security, ownership transparency, instruments of the National Bank and strengthening its independence. The bills are drafted and will be sent next week to the IMF, the World Bank and the EU Delegation. In July we’ll pass the new legislations on the financial-banking sector, which is also a pre-condition," Andrian Candu added.