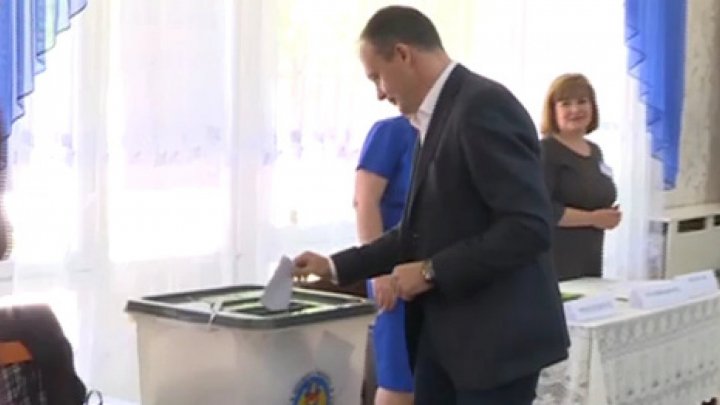 Parliament Speaker Andrian Candu cast his vote. He hopes really much that the new Mayor will carry out efficient works for the city.

"We voted to put an end to the instability in the City Hall, because at the City Hall we had nothing but efficiency at work. Regretfully, the election is not easy, because during this campaign, during the last week I saw various debates not to address to city's issues. It was more political.

However, I hope that after this election, the new Mayor will carry out efficient works for our city, our citizens.

I hope very much that the winner today will be the best and the most desired of the Chisinau residents", said Andrian Candu, Parliament Speaker.

The first round of the new local elections for the Chisinau Mayor took place on 20 May 2018.

PUBLIKA.MD reminds that 632,169 voters were included in the electoral rolls for the new local elections held today in Chisinau.