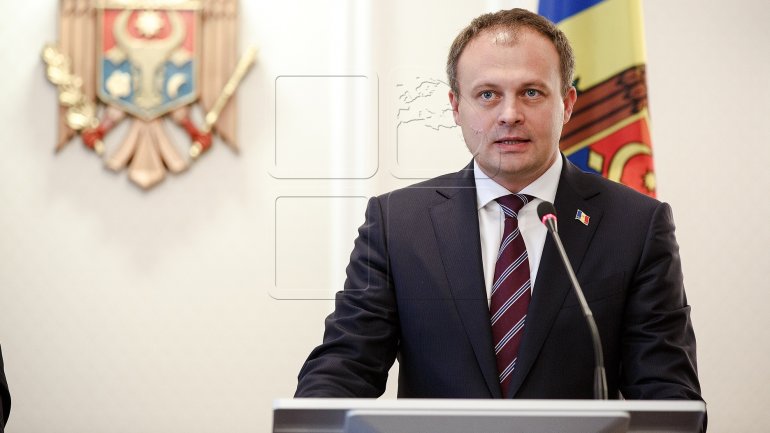 "After 25 years of its existence and after the reform a priority of the current government, we are entitled to ask for strong results and I am sure that prosecutors are able to provide them. Parliament will get involved through the control over the implementation of laws, because we, along will allcitizens of Moldova want justice and changes" , said Andrian Candu.

The speaker was referring to the legislation aimed at reform of the prosecution, adopted last year by Parliament after a long process of preparation and institutional efforts. According to the President, adopted legislation needs time to be implemented, but already some effects of the reform were felt by certain categories of intangible persons considered until recently - high officials, customs officers, policemen, judges investigated and convicted for corruption.

"The Prosecution Reform migrated steadily for years, a strategic document to another, from one government program to another, but has not succeeded, mainly because of the political factor. The new Law on Prosecution and the related integrates Prosecutor in a system of justice where people's rights and interests are a priority, as the independence and professionalism of prosecutors. the law was drafted with the support of a group of experts and prosecutors consulted with experts of the Venice Commission and subject to several rounds of public debates ", stressed the head of parliament.

The speaker talked about the new provisions of the legislation that brought changes in the organization and functioning of the General Prosecutors Office. It's about eliminating the political factor of justice by instituting independent mechanisms for appointing, financing and promotion of prosecutors. Other reform elements related to the creation of a system for prosecutors to take the achievements and failures, as well as the specialization of prosecutors for efficacy.

"I am convinced that legal norms adopted and effective actions of the anti-corruption prosecutors have played an important role in increasing the resistance and intolerance to corruption. At the same time, it increased the degree of discomfort to corruption in Moldova. Taking best practices from other states through European investigation regarding crimes of corruption (for example DNA from Romania) is a factor of concern, given that we promote anti-corruption efforts" , concluded the President of Parliament.
AFLĂ imediat Știrile Publika.MD. Intră pe Telegram