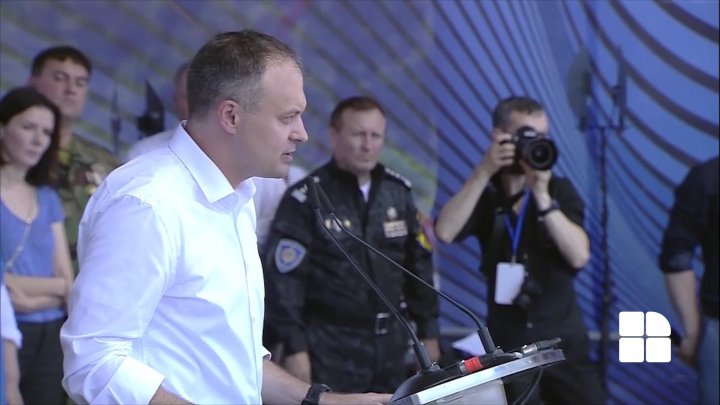 Over 30,000 people from all corners of Moldova gathered on Great National Assembly Square for a peaceful rally to guard our Moldovan Constitutional decision and condemn fiercely all treason actions. At the rally, Andrian Candu delivered his speech with his own messages to Moldovan people.

Constitutional no.2 stipulates that the power belongs to the people. None of the parties has the right to impose power on people. The parties failed to reach a consensus during three months, then the people will reserve the right to decide the country's rulers.

Moldova is a small but united country. We welcome the decision to set up the snap elections for September 6. Regarding Dodon, you also see the price of betrayal. The whole country observed yesterday the cost of betrayal. He sold the country with 1 million per month, so he received 30 million dollars in three years.

He's not our country's legitimate president, he decided to sell our country. He no longer has honor and dignity. If he thinks he still wants the country, let's hold the elections. We today have requested the dismissal and go for elections to elect a president of whom we are proud.