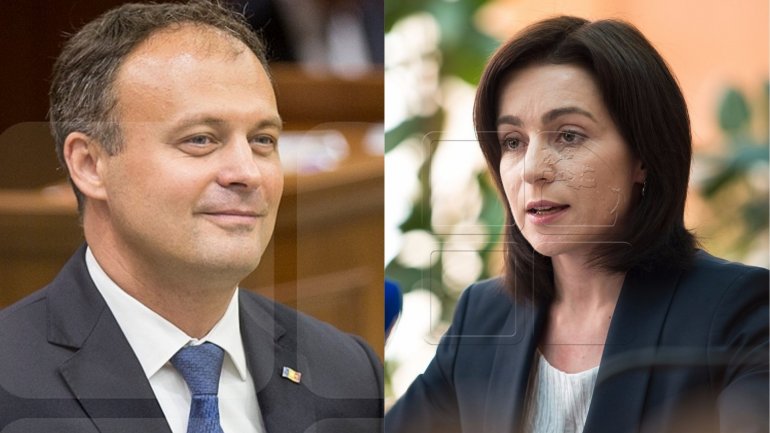 President of the Moldovan Parliament, Andrian Candu will meet leader of PAS Party, Maia Sandu for a debate on television channel Moldova 1 at the end of the week.

The suggestion came from the director of Moldova 1, Ecaterina Stratan. In order to express his gratitude for the channel, Andrian Candu didn't waste time and posted n announcement about this event on social networks.

"I thank the television channel Moldova 1, for providing me with the chance to debate with Maia Sandu, at the end of the week. I am open for direct, face to face discussions", wrote Andrian Candu on social networks.

After being harshly criticized for refusing to meet the President of the Moldovan Parliament,Maia Sandu, in the end, has decided to accept the offer.