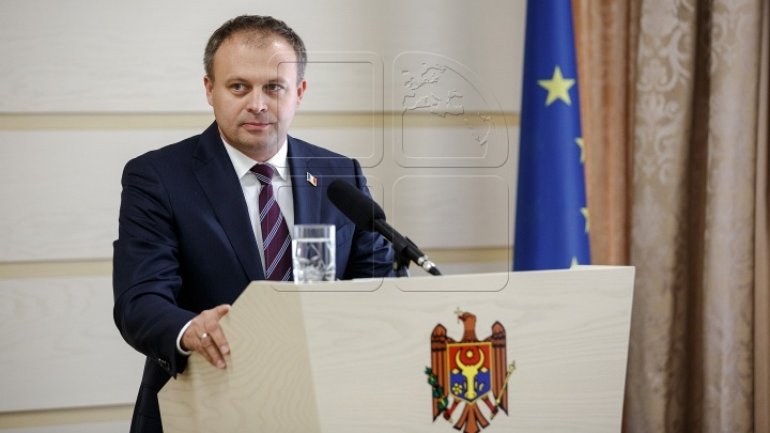 Parliament President Andrian Candu responds to PAS leader Maia Sandu. In a post on Facebook, Sandu criticizes the speaker’s initiative concerning meal vouchers, writing "this opens the door to fiscal evasion and is humiliating for citizens."

"I’d have liked not to respond to Mrs. Maia Sandu, namely not to humiliate her in front of the citizens for a new gaffe. But I think such manipulating approaches must be harshly sanctioned, especially when the disguise populist intentions aimed at blocking a benefit for people.

After having tried to lock the agreement with the IMF, hoping the citizens would remain without pensions and wages, and a social crisis might have open her way to the power, Mrs. Sandu recidivates. This time she is unhappy with the meal vouchers, which, in addition to the direct benefits it brings to people, it also fights envelope salaries and, implicitly, the tax evasion.

Shall I understand Mrs. Maia Sandu prefers salaries in envelopes?

Or shall I understand from Mrs. Sandu’s critique that she also criticizes the authorities from France, Italy, Czechia, Romania and other states where the meal voucher system functions, accusing them of incompetence and of pursuing to promote tax evasion? Or, do those states humiliate their citizens?

Mrs. Sandu wanted to become a Prime Minister, then a President, she worked for the World Bank, one would expect her to be more informed and be aware that this meal voucher system has been working for 60 years in Europe, successfully and with benefits for citizens.

I think it’s even graver: Mrs. Sandu’s case is not about ignorance, but simple lies said consciously that she hopes will block an initiative bringing benefits to citizens.