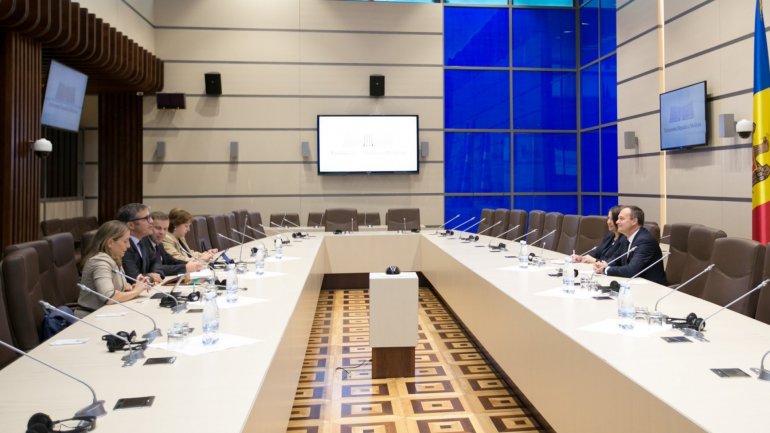 President of Moldovan Parliament Andrian Candu declared, during meeting with International Monetary Fund that Republic of Moldova will continue with reformed even during the electoral year, while Parliament and Government will join forces to make sure to accomplish all obligations toward development partners.

The officials have discussed of the changes and additions to the law on state budget from last year, as well as the state budget project for 2018 and documents that need to be finished by the beginning of December.

A team of experts from IMF, led by Ben Kelmanson, are currently on an official visit to Chisinau, for October 25 - November 7 2017.

During the visit, the mission will discuss with authorities of preparations for period consultations, as stated by IMF's article 4, for 2017 and evaluate a second time the program supported by IMF.

The team analysed recent economic developments and the progress in implementing the program, updating data and evaluating the macroeconomic perspectives, as well as discuss with authorities of future macroeconomic policies.

The three year program of Republic of Moldova's authorities, supported by IMF, approved on November 7 2016. It is financed by a credit amounting to 129.4 million Special Drawing Right (SDR) (or 182 million US dollars, 75% of the total quote of Republic of Moldova at IMF), out of which 41.7 million SDR (around 59 million US dollars) were already provided.