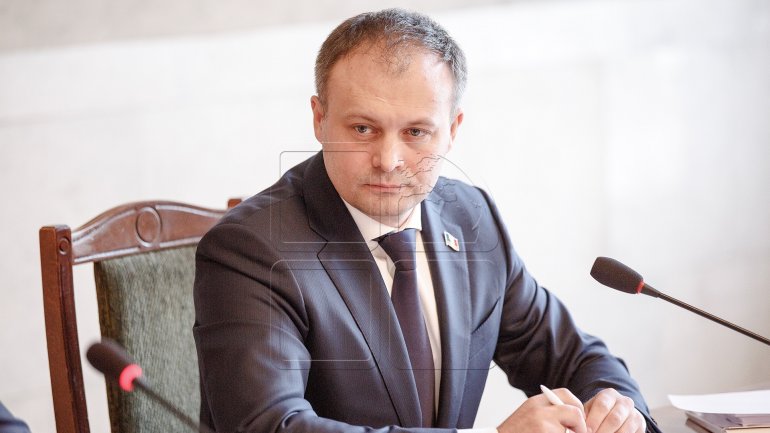 The persons involved in the case of spoiled products that were distributed in schools and kindergartens in the capital will respond for acts committed knowingly. Assurances are coming from the President of Parliament, Andrian Candu. The speaker was the special guest of the show Fabrika on Friday night, 25 November 2016, and talked about the socio-political situation of the moment.

"Surely there is something rotten in the true sense of the word, not only the food but also the system and legislation. This Parliament had a reinforced opinion regardless of fraction, regardless of political color, such emergency hearings should be organized and legislative decisions should be taken" said Candu.

The head of legislative was referring to the third report of the Kroll company in bank fraud case:

"Unlike other countries where for instance in Romania the first conviction in such a fraud is just over 10 years after BANCOREX occurred. We have in a year, year and a half seized and recovered goods, we already recovered nearly one billion lei of defrauded assets. There are 177 criminal cases, 15 people are condemned already. "

Andrian Candu also talked about the expectations he has for the future president:

The speaker also commented the discontent of citizens living abroad who could not exercise their right to vote in the runoff because there were not enough ballots. Andrian Candu mentioned that it is not constitutional to change the election law between the two rounds. However, he expressed confidence that in the upcoming elections will be implemented electronic voting and so all citizens can express their option.