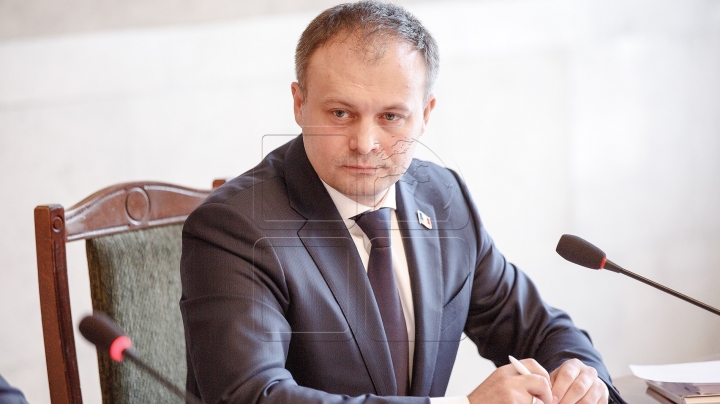 The opposition makes populist demagogy, implying that the covering of frauds in the banking system will be done by citizens. This was written by the president of the Parliament, Andrian Candu on a social network.

The head of Legislative is asking why until now, the opposition, which is criticizing the Government decision, has not presented a specific plan of recovering of money. The official says that if there would be another solution, than it would have been identified with the experts of the International Monetary Fund.

The head of Legislative denies the accusations according to which everything was done in a hurry. He said that he knows for many months about the debt conversion in bond papers, and the decision to approve all laws through the accountability of Government in front of the parliament was taken in order to obtain the approval of the IMF program in October 2016.Andrian Candu also says that the opposition had enough time to make proposals, but it didn’t.

The official also specifies that the insinuations of the opposition, according to which the entire debt will be paid by citizens, which are lies. According to him, at the present moment neither the opposition nor the governing knows exactly which amount will remain as a public debt.

Also, the head of legislative specifies the fact that all people involved in the banking fraud will answer in front of the law, and the speculations of the opposition, according to which those who stole won’t be punished, are pure lies.

At the same time, the insinuations on the fact that the decision to convert the debt in bond papers is taken by the present governing, are also a manipulation. Andrian Candu specifies that the offering of state bonds to the loan from National Bank was foreseen in two decisions of the previous governments.

And the reason for which was requested and given this loan from National Bank, is that all citizens who had saving at Banca de Economii to not lose them. The scope was for people to be protected, and as a result, even though the three banks were closed, the depositors recovered their money and the rates of interest won along the way.

Andrian Candu is surprised by the fact that one of the opposition leaders, who voted one of these Government decisions, now says demagogically that it is not good how they are acting.

Andrian Candu advises those interested in recovering the defrauded actives, to access the webpage of the Ministry of Finance in order to follow how much money is recovered. Until now were recovered more than 700 million lei, from the banks dissolving procedure, and 600 million dollars, stolen from the banking system, were identified by Kroll Company. The recovering of this money will reduce the state debt towards the national Bank.