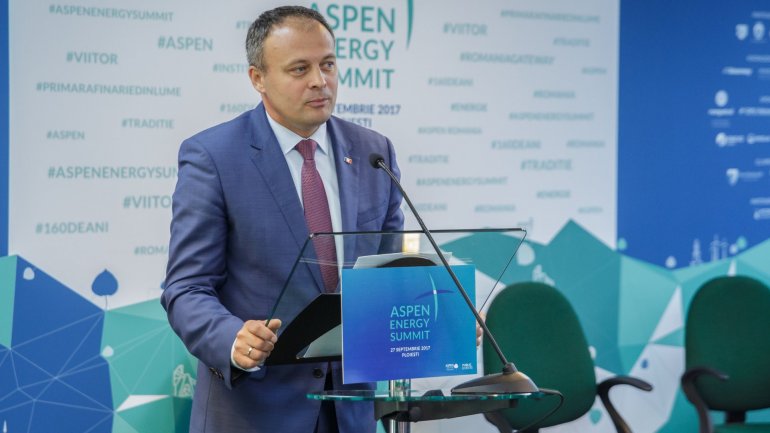 "Connecting to the European energy market has become crucial for Moldova and we will do everything we can to provide Republic of Moldova with an alternative energy supplier", President of Moldovan Parliament Andrian Candu declared at Aspen Energy Summit, held in Ploiești, România.

The official has mentioned the  Iași-Ungheni-Chișinău gas pipe and the feasibility study of connecting Moldova to Romania's electric power system, being the main concerns.

Representatives of București's Government, present at the event, have expressed Romania's desire to become our energy provider, therefore deepening the Moldova- Romania relations in the field of energy as well.

The event was also attended by Vice-President of the European Commission, who is also in charge of Energy Union, Maroš Šefčovič, officials from the region, experts and experts in the field of energy.

At the end of the summit, the President of Moldova Parliament has met Minister of Energy, Ilia Eloshvili. There, Andrian Candu has mentioned the implementation of the third energy package.

The officials have confirmed the need to support each other on their road toward European Union and to fortify the eastern partnership cooperation.